You will notice that “Religion in the Balance” is being rendered in a new format. It was time for a change; I hope this format will be easier to read, and cleaner on small devices.

The last paragraph of Middlemarch struck me at the time of reading it, now several months ago, and has lingered in the interval until now. Part of the power of it, is its simplicity; part of its power, too, is how it connects the universe of the epic novel with the moral universe we might inhabit, if we have enough imagination.

“Her finely touched spirit had still its fine issues, though they were not widely visible. Her full nature, like that river of which Cyrus broke the strength, spent itself in channels which had no great name on the earth. But the effect of her being on those around her was incalculably diffusive, for the growing good of the world is partly dependent on unhistoric acts, and that things are not so ill for you and me as they might have been is half owing to the number who lived faithfully a hidden life and rest in unvisited tombs.” [emphasis added]

We are always receiving– consciously or not– gifts of grace from those who have lived lives aimed at beauty and goodness, and whose names we don’t know.

The Dalai Lama is wildly popular, and by all accounts a good and holy man. So who would want to disagree with him? I wouldn’t want to. But I do disagree– regarding the value of a secular ethics for today’s world.

The secular ethics that His Holiness outlines in the excerpt below, is itself an excerpt from his latest book “Beyond Religion”– and– full disclosure– I have not read the book. So it is possible that the Dalai Lama addresses my criticism– or some semblance of it– in his book. I hope he does.

To sum up the basic argument: His Holiness rightly points to the need for the development of “basic inner human values” in today’s contentious and violent world. He rejects science and– perhaps surprisingly– he rejects religion, too, as potential sources for these inner values. Religion, he says, fails on two counts in today’s world: first, many people do not adhere to a religion (so, a fortiori, religion cannot be a source of inner values for those people); second, different religions exist in close proximity, so a particular religion can not serve as the source of a universal ethic.

The Dalai Lama’s answer: a compassion for all, that transcends religion.

I’m not against a compassion that strives “for the welfare and benefit of all sentient beings.” It’s not even the difficulty of cultivating such a compassion that brings me up short. No, what is missing here is an account of what author William Barrett (in an earlier age, before inclusive language) called “Irrational Man.” For all the hope we have put into the enlightened reason of humankind– a reason that was to free us from vengeance and bloodthirst– we are still creatures whose moral thinking must always account for the tribalism, fear of otherness, and anxiety-in-search-of-a-scapegoat, that remain strong motivators toward violence in today’s world.

The Dalai Lama’s secular ethic is highly rational– it reads to me like the optimistic view of Western Enlightenment thinkers, who were all for leaving benighted religion behind, and who envisioned the perfectibility of humanity– and the achievement of human goodness– through the use of reason. I think we are beyond such optimism.

Here is the Dalai Lama in his own words:

So what are we to do? Where are we to turn for help? Science, for all the benefits it has brought to our external world, has not yet provided scientific grounding for the development of the foundations of personal integrity — the basic inner human values that we appreciate in others and would do well to promote in ourselves. Perhaps we should seek inner values from religion, as people have done for millennia? Certainly religion has helped millions of people in the past, helps millions today and will continue to help millions in the future. But for all its benefits in offering moral guidance and meaning in life, in today’s secular world religion alone is no longer adequate as a basis for ethics. One reason for this is that many people in the world no longer follow any particular religion. Another reason is that, as the peoples of the world become ever more closely interconnected in an age of globalization and in multicultural societies, ethics based in any one religion would only appeal to some of us; it would not be meaningful for all. In the past, when peoples lived in relative isolation from one another — as we Tibetans lived quite happily for many centuries behind our wall of mountains — the fact that groups pursued their own religiously based approaches to ethics posed no difficulties. Today, however, any religion-based answer to the problem of our neglect of inner values can never be universal, and so will be inadequate. What we need today is an approach to ethics which makes no recourse to religion and can be equally acceptable to those with faith and those without: a secular ethics.

This statement may seem strange coming from someone who from a very early age has lived as a monk in robes. Yet I see no contradiction here. My faith enjoins me to strive for the welfare and benefit of all sentient beings, and reaching out beyond my own tradition, to those of other religions and those of none, is entirely in keeping with this.

via ‘Beyond Religion’: The Dalai Lama’s Secular Ethics EXCERPT. 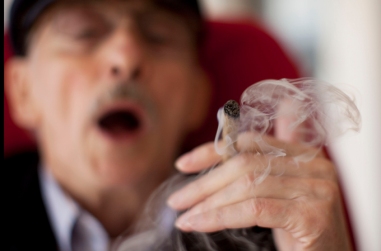 So I was happy to find this review of Derek Parfit’s latest book On What Matters. Parfit is a professor at All Souls College in Oxford; his field is moral philosophy. The question Parfit considers, is whether moral statements are subjective or objective. For example, if I say, “Helping old ladies cross busy streets is ‘good’,” am I merely expressing my personal taste (a subjective preference)? Or am I describing a feature of the world– a feature that is either true or false (an objective statement)? Parfit holds to the latter regarding moral statements. For him, morality is objective. To call something “good” is more than simply expressing approval– it is to assert something about the way things really are.

Traditionally, defenders of moral objectivity have appealed to God’s moral law to make their case. According to his reviewer, Parfit does not resort to this appeal. That’s fortunate: since European/Western culture is not, in this historical moment, grounded in any broadly-shared sense of the Transcendent, perhaps we can begin by simply reclaiming the authority of the good.

President Obama’s debt commission is calling for shared sacrifice. We all know that’s what it’s going to take, in order to reduce our collective debt– and it’s refreshing to hear Bowles and Simpson say so.

“Shared sacrifice,” while not explicitly religious, is certainly a moral good. For a family, community, or nation to share sacrifice means that individuals give up something for themselves as individuals, in order to benefit the larger whole. If the definition of evil is “to be turned back on oneself,” then the definition of goodness is something like shared sacrifice: to be turned outward, toward the well-being of others.

The question that I want to explore more fully in an upcoming post is: do we, as a culture, still have what it takes to “share sacrifice?”

Erskine Bowles (D) and Alan Simpson (R) outlined a plan this week designed to keep US public debt from growing out of control. It’s also designed to show that major progress is possible if Americans agree to make tough compromises.Yes, this means things like paying more in taxes and working longer before becoming eligible for Social Security checks.

“Throughout our history, Americans have always been willing to sacrifice to make our nation stronger over the long haul,” former White House Chief of Staff Bowles and former Senator Simpson write in their report. “That’s the promise of America: to give our children and grandchildren a better life.”