Commonweal recently noted the death, this July, of contributor Robert Bellah. Emeritus professor of sociology at Berkeley, Bellah began his career as a teacher at the college from which he received his undergraduate degree: Harvard.

His article “The Church & the Search for the Common Good” appeared in 1982.  Thirty years later, Bellah’s insights remain helpful as we try to understand where we 21st-century Americans are today: societal disorder is one of the costs, when economic values dominate and consume all other values (moral, aesthetic, communal, ecological, transcendent). While Bellah is tracing a century’s-old development in Western civilization, life as we have lived it in the recent, say, half-century– and the policies we have embraced, or at least to which we have acquiesced– confirms Bellah’s thesis.

The excerpt at length is below, but the executive summary is this: whereas once religion or politics served to define a telos or purpose for society, economics by its nature supplies society with no such organizing principle. Instead, a society dominated by economic values is flattened into an amoral  marketplace (not necessarily immoral, but not necessarily moral, either); and the human being is reduced to a bundle of appetites.

Bellah does not say this, but it is worth adding: a society dominated by economic values is great for those who win. The winners end up making the rules, and inevitably those rules will favor the continual winning of the winners. That’s where we are today.

Modern society replaces the older ideal of organic hierarchy with a new idea of functional differentiation of spheres of life. In this new society the central institution is no longer religion or even the political order but the economy. But because the economy lacks a telos of the sort that religion and politics had the end of religion is salvation, of politics the common good, the economy does not replace them as a new kind of dominant hierarchical institution. Rather it radically undermines all older conceptions of ethical hierarchy and replaces them with functional or even technical utility instead. In so doing modern society produces a new worldview, one that reverses the traditional conception of higher and lower energies. The modern ideology is radically egalitarian and individualistic and hopes to create a good society through unleashing and manipulating egoistic and selfish desires. The new social philosophy, in the form of classical liberalism, replaces the older conception of ethical, political, practical reason, even in the political sphere. Even as early as Hobbes the problem of political leadership was replaced by the problem of regulation, of the management of human beings conceived as the material to be subjected to technical manipulation.

All of these changes were not without their precursors and accompaniments in the religious sphere, as we know from Max Weber. Yet as we also know from Weber, the increasing dominance of functional rationalization changes the place of religion as it was known in all previous societies. Religion is to be displaced from its role as guardian of the public worldview that gives human life its coherence–  a role that it retained in early Protestant communities as well as in Catholic ones. Religion is now relegated to the purely private sphere where it is to be considered merely one of a variety of possible private options.

via A Language of Solidarity | Commonweal Magazine. 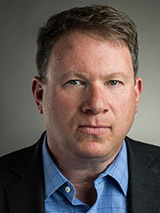 Jeffrey Goldberg is a superior reporter and Middle East analyst, who writes for Bloomberg. He provides an intelligent and refreshingly balanced perspective on Middle-Eastern politics, especially with regard to Israel/Palestine—which means that he gets hate mail from both sides.

He riles American left-liberals with his insistence that Hamas’ mission statement calling for Israel’s extinction not be glossed over—and that Israel, surrounded by many hostile regimes, has legitimate concerns regarding security.

He riles Israeli ultra-nationalists with his insistence that Israel is making a serious strategic mistake, and losing much-needed support in the international community, by continuing its policy of building settlements  on land that will need to become part of Palestine when (if) a two-state solution is accomplished.

In a recent piece, Goldberg referred to elements of the current Israeli ruling coalition as “idol worshippers, and their idol is land.” Zionism, Goldberg explains, once viewed the Biblical lands as the means to achieve the more important goal of a Jewish homeland. Possessing all of the land was not necessary: it was necessary only to have enough land for a Jewish state.

Now, however, an increasingly powerful segment of Jewish (and we might as well add, Christian) fundamentalists sees possession of the whole of the ancient Davidic Kingdom, from sea (Mediterranean) to river (Jordan), as essential.  It is this uncompromising essentialism that leads Goldberg to use the “i” word:  idolatry.

Idol-worship is something we do. It’s the human tendency to mistake an image of God for the Real Thing; or to elevate something of lesser and relative power, to the status of absolute. The world is full of idols, and they always lead us away from the Kingdom that Isaiah imagined: the Kingdom where swords are turned to plowshares, and where the lion lies down with the lamb. 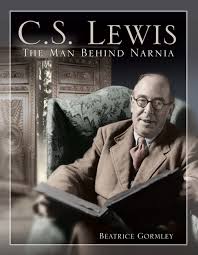 CS Lewis is the subject of Carol  Zaleski’s  recent piece “Our Augustine” in The Christian Century. The occasion is the upcoming 50th anniversary of Lewis’s death, which will coincide with the dedication of a memorial to Lewis in Poets’ Corner, Westminster Abbey.

Most widely known as the creator of Narnia, Lewis was a smart convert to Christianity. In an age such as ours, when an individual must claim the intellectual basis for religious faith in a willful protest against the fundamental materialist assumptions of the wider culture, Lewis’s achievement endures. He thinks through religious disbelief, revealing its thinness and its holes, and emerges on the side of mystery. He comes out this way not through fuzzy thinking or gauzy sentiments, but through the clear light of reason.

Zaleski refers to a lesser-known collection of Lewis essays entitled The Discarded Image.  Her characterization of the “image” is this: it’s a “comprehensive vision of the universe as an ordered whole filled with meaning, knit together by an inner telos, and of the human person as a rational creature made in the image and likeness of God, fallen and redeemed.”

Much can be said about the meaning of this image, and the cosmos it describes. Among other things, the human being belongs in this cosmos, and has a special role to play in the working out of God’s purpose. Human life has meaning as part of the larger whole—a whole which, in Dante’s vision of heaven, is held by divine Love and unfolds as a Rose.

We do not hold this image today—it has been, as the title of Lewis’s essays suggests, discarded; it has been replaced—at least in Western consumer culture— by the image of the human being as a bundle of appetites to be satisfied. Do not despair, however: it has always been this way. We have made idols since before the time of Moses. Every age needs a Lewis to remind us of the image in which we are made, and the life for which we are worthy.