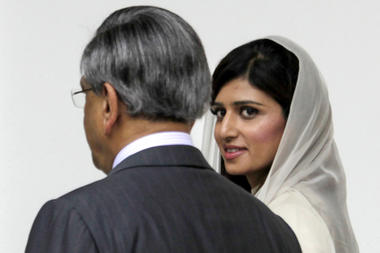 Since good news doesn’t sell, this story will be under-reported: India and Pakistan are preparing to renew peace talks, which had been postponed since the 2008 attacks in Mumbai. With regard to peace talks of any sort, I am reminded of a line from T.S. Eliot: “we are undefeated only because we have gone on trying.” Which is to say, failure is only in giving up: never give up trying to make peace.

The excerpt below (with the accompanying link to the full article) brings our attention to small signs of hope. Such small signs of hope are as necessary in international relations as they are in our daily rounds. From the Christian Science Monitor:

A fresh face is bringing new optimism to one of the oldest international spats. On her first visit to New Delhi, Pakistan’s new 34-year-old foreign minister said she is hopeful that a younger generation of Indians and Pakistanis can find peace.

“A new generation of Indians and Pakistanis will see a relationship that will hopefully be much different from the one that has been experienced in the last two decades,” said Hina Rabbani Khar, Pakistan’s youngest-ever foreign minister.

via Pakistan’s foreign minister: The face of a new generation of peace with India? – CSMonitor.com.

I was surprised to see Sunday’s headline in The Wall Street Journal, in which the headline writer used the word “Christian” to describe the villain of the Norway murders. I was curious to see how other news organizations described this man. His actions would stretch to the breaking point our attempts to understand them, if not for the sad fact that we’ve seen this kind of evil already, several times before.

Here’s a sample of what I found:

Other writers/editors have kept the word “Christian” in their descriptions of Breivik, if only because he used the term of himself, in his internet manifesto. From the San Francisco Chronicle:

Some speculated that Breivik is seeking another public platform for his anti-immigrant, anti-Muslim ideas, which center around the conservation of cultural and Christian values, in the face of what he sees as a continuing effort by Islam to conquer Europe, since the Ottomans were stopped at the gates of Vienna in 1683. [via San Francisco Chronicle]

And from the Cleveland Plain Dealer:

Breivik says he will explain his motives on Monday when he is arraigned. For now, investigators can only speculate, but the suspect’s writings and videos on YouTube paint a picture of an extreme right-wing Christian fundamentalist with strong anti-Muslim views, skepticism about multiculturalism and animosity toward socialism. [via Cleveland Plain Dealer]

So how do we describe what happened in Norway? How do we understand the motivation of a Breivik– or of a Ted Kaczynski (the Unabomber), from whom Breivik borrowed ideas? What is at stake in our description of this particular episode, is the accuracy of our understanding the wider social/cultural/psychological/spiritual challenges facing us today– and therefore the effectiveness of our response. Breivik is in Norway, but his spirit is abroad in the world. It’s a fearing, fearful spirit– a spirit Christ came to cast out, not to defend. 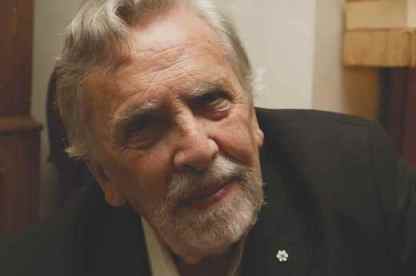 Rev. Douglas John Hall is a United Church minister and a professor emeritus of Christian theology at McGill University in Montreal

I am reading Douglas John Hall’s The Cross in Our Context: Jesus and the Suffering World. While a re-contextualized theology of the cross may not be sufficient to return Christianity to relevance in the 21st century, it is certainly a necessary part of such a return. Hall’s thinking is a gift for those of us who find most expressions of today’s Christianity to be either limp or reactionary– and therefore unhelpful and irrelevant.

A heading in an early chapter of the book defines discipleship as “the church’s journey toward the world.” The object of discipleship, according to Hall, is “solidarity”: a “greater and ever greater solidarity with the creation that God loves and, in Jesus Christ, seeks to redeem from within.” In a world that rejects daily– out of a largely unconscious fear– any intimations of its own vulnerability and death, suffering comes to all who love the world not despite, but in all its brokenness and pain. Hall’s theology of the cross is about a God who plumbs the depths of self-giving love– a love that the world, in its delusions of mastery and control, rejects.

In a post-Christian age, in which the Christian religion has been either sidelined by a largely indifferent consumer materialistic/imperial militaristic culture– or serves as the legitimizing cult of that culture– Hall helps us rethink the cross. In such rethinking is the possibility of a renewed Christianity, in which a renewed Church– no longer triumphant, and therefore able to be its faithful, counter-cultural self– re-visions God as primarily the God of Love (rather than primarily the God of Power). Then, as disciples, we can journey with Christ (never an easy or unambiguous journey) to “greater and ever greater solidarity” with the creation that God loves, and seeks to redeem.

In Austria, Niko Alm, an atheist who says he belongs to the Church of the Flying Spaghetti Monster, has been successful in getting authorities to issue him a driver’s license with him wearing a pasta strainer as a head covering in his photo. According to BBC today, Alm decided to claim the head covering was required by his belief in “pastafarianism” after he read that one could wear a head covering in a license photo only for religious reasons. Police, however, say that the only requirement is that the photo show the driver’s face uncovered, which Alm’s did. Alm said that after he applied, he was asked to submit to a medical interview to determine his mental fitness to drive.

Church of the Flying Spaghetti Monster?

I am prompted to these brief reflections by a review of a recently published work by Igor Golomstock, entitled “Totalitarian Art.” The review appeared in Foreign Affairs (an excerpt, and the link to the full review, appear below).

The mistake of totalitarianism– from a religious perspective– is the way that it lays claim to possessing the one overarching, all-encompassing narrative of what is real, thereby precluding any alternative. Totalitarianism works by systematizing– and therefore controlling– all facets of life: economic and political life, as well as cultural and religious life. Because the human spirit, by nature, is creative– and because reality itself, in its essential mystery, repels being captured and contained in a human system– totalitarianism inevitably has to resort to fear and violence in order to maintain itself.

Below is an excerpt of the review of Golomstock’s book, and the link:

Earlier this year, the government of Iraq, in a misconceived act of outreach to the country’s once dominant Sunni community, began restoring a dilapidated monument in Baghdad. Originally constructed in the late 1980s as a celebration of Iraq’s supposed triumph in its war against Iran, the Victory Arch was partially dismantled in 2008 by Sadrist elements who were eventually stopped by orders from the Iraqi prime minister. The monument consists of two sets of giant forearms and hands brandishing swords, draped with a net containing a gruesome collection of enemy helmets. Conceived by Saddam Hussein himself and carried out by the Iraqi sculptor Mohammed Ghani Hikmat using casts of Saddam’s own arms, it is such an outstanding example of totalitarian kitsch that I used it as a lens through which to view the degradation of culture in Iraq under the Baathist regime in my 1991 book “The Monument….”

via What Is Totalitarian Art? | Foreign Affairs.

Atheists in “interfaith” dialogue? I hope so.

We probably need to change the terminology. Loosely understood, “faith” is shorthand for some kind of religious belief– and “religious belief” is generally understood to include the existence of a god or gods (or goddesses). The defining feature of atheism is the affirmation that, in the realm of all that exists, divine beings are not included. At that level, it seems incorrect to call atheism a “faith.” Therefore, it seems incorrect to call a conversation between a theist and an atheist “interfaith” dialogue.

Terminology aside, I hope that theists and atheists alike would welcome the kind of open and searching conversation, that in other contexts is called interfaith dialogue. Such dialogue, properly understood and properly undertaken, is not about trying to convert the other. It’s not about trying to convince the other that her beliefs are benighted and her practices superstitious. Rather, true interfaith dialogue starts from the acceptance of the other, and moves into conversation in the spirit of openness and learning. Instead of defending one’s perspective, true dialogue moves in the much riskier direction of allowing for the possibility for change– most daringly, for the possibility for change in one’s very own self, through the encounter with the other. Theists and atheists have things to learn from one another.

Below is an excerpt, and the link, to an article entitled “Do Atheists Belong in the Interfaith Movement?”

Recently, there’s been a lot of talk in the organized atheist, humanist, skeptic and freethought movements about the potential benefits and drawbacks of interfaith work.

Over at Patheos, the Executive Director of the American Humanist Association, Roy Speckhardt, recently made an excellent case that while the terminology of “interfaith” may be problematic and there are several other important issues to grapple with, it is worth atheists’ while to get involved. At Friendly Atheist, Secular Student Alliance Communications Director Jesse Galef offered a long list of reasons atheists might participate, and how their involvement might improve some of the problems within the interfaith movement. Despite Galef and Speckhardt’s serious concerns and reservations, they have been actively involved in intentionally interfaith efforts, and I suspect their participation has informed their conclusions about the idea….